Detective Taylor was assigned the investigation into the Nov. 21, 2016, homicide of Michael Davis, outside Davis' home. His killers, Gregory Lewis Jr. and Vaughn Felix, had been robbing area cellphone stores, sparking an investigation spanning Lehigh, Northampton and Warren counties.

Gregory Lewis Jr. and Vaughn Felix wanted to kidnap Davis and drive him back to the Forks Township Verizon store where he worked so they could rob it. Davis resisted, and Felix shot him.

In June, Lewis was convicted at trial of second-degree murder and related charges, and Felix pleaded guilty to murder and other counts. Both are currently serving life sentences.

Bethlehem Police Chief Mark DiLuzio, Chairman of the Northampton County Police Chiefs’ Association, congratulated Taylor for his “tenacious work and professionalism” in investigating the murder of Davis that led to the convictions of both Gregory Lewis Jr. and Vaughn Felix.

The award is named in Honor of Northampton County Deputy Sheriff Nathan Ogden, who was killed in the line of duty Jan. 20, 1771.

Deputy Sheriff Ogden was trying to arrest fugitive, Lazarus Stewart, on a warrant at Fort Dupree, now Hanover Township, during the Pennamite-Yankee land rights war, according to the police chiefs' association.

Deputy Sheriff Ogden was shot in the chest and died from his wounds.

Deputy Sheriff Ogden is believed to be the first law Enforcement official killed in the line of duty, in the United States.

Detective James Taylor has been with the Palmer Township Police Department for 20 years, working in Patrol for 11 years before becoming a Detective in 2010.

He is a graduate of the 56th class of the Allentown Police Academy, in 1995.

He was joined at the presentation by his wife, Donna, and their daughters, Samantha and Sydney.

Detective Taylor is the first Palmer Police Officer to receive this Award. 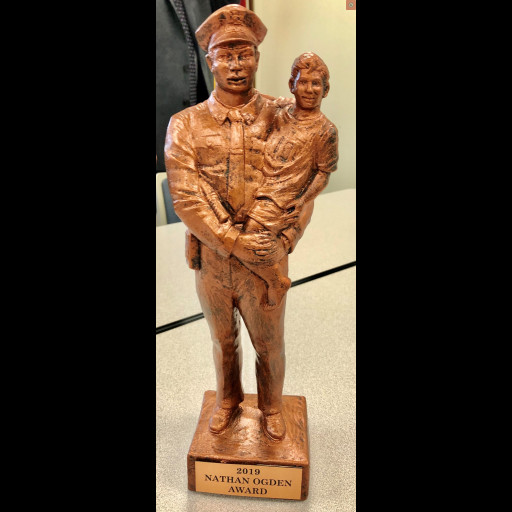 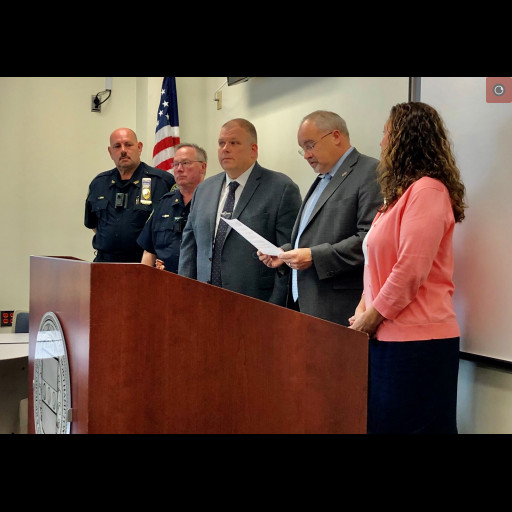 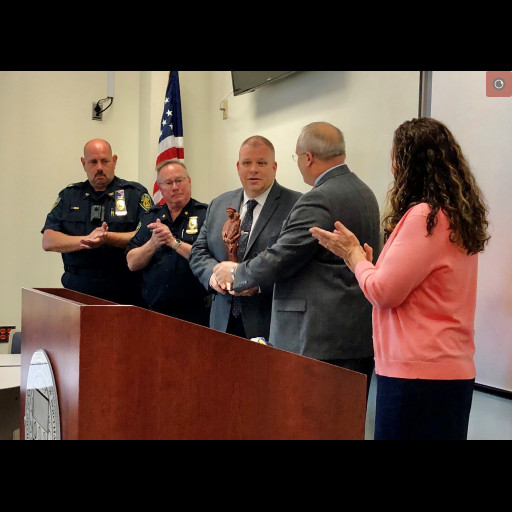 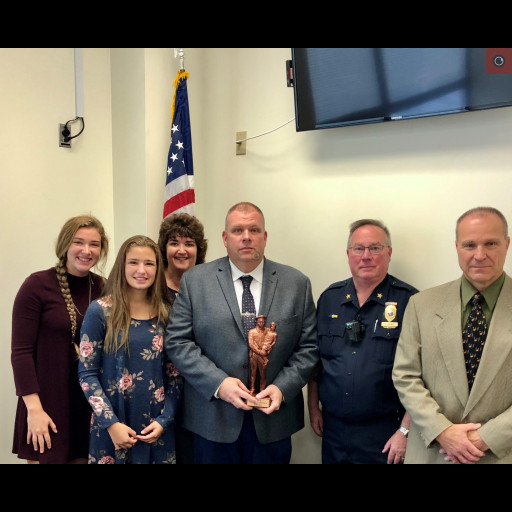 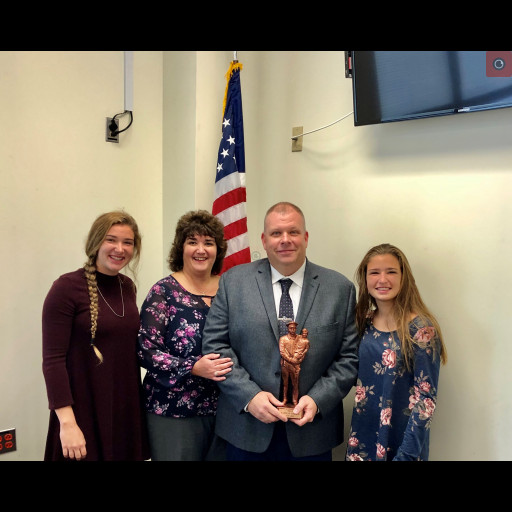